Open learning environment for all generations

Memory of the Earth

Two trees in one

Heritage through perception, discovery and creativity

The MetÃ©ora  is one of the largest and most important complexes of Greek Orthodox mansteris in Greece, second only to holy Mounth Athos.

I visited holy place Meteora on 26.04. 2015 as a geomancy pilgrimage trip and vitalenergy exploring. 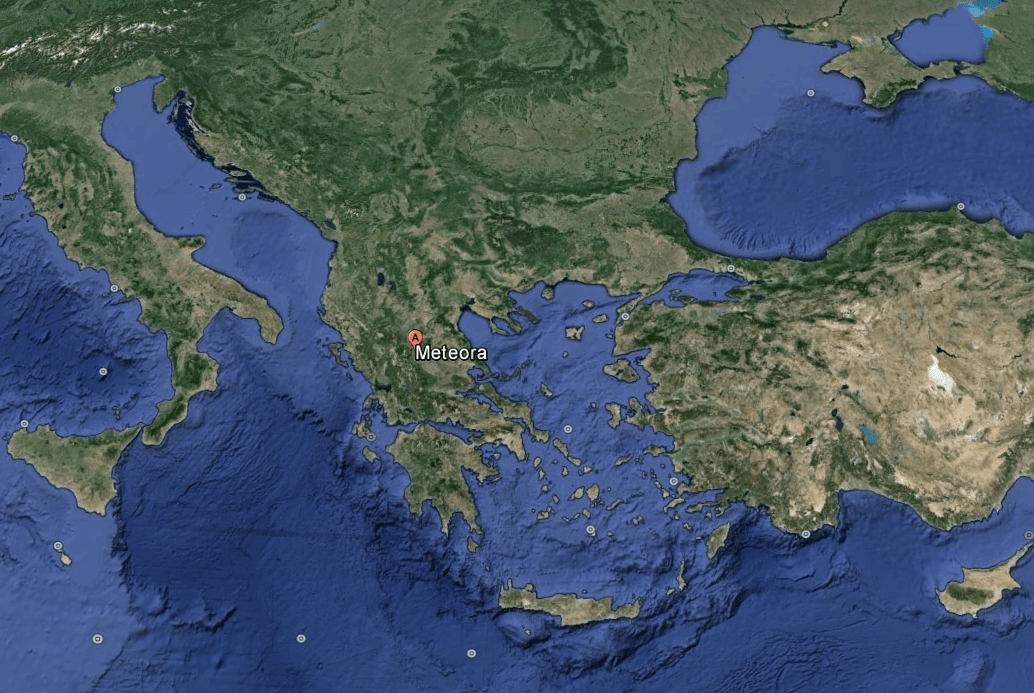 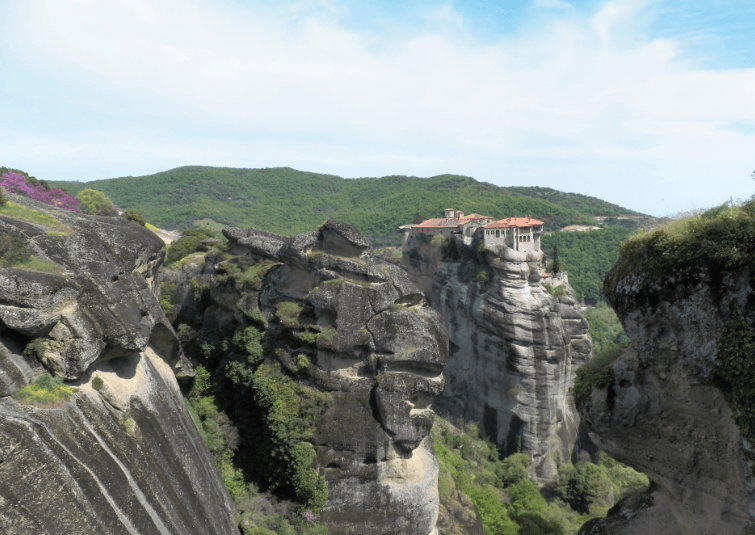 Meteora location is spiritual portal. METEORA =  lit. “middle of the sky”, “suspended in the air” or “in the heavens above” â€” etymologically related to meteorology 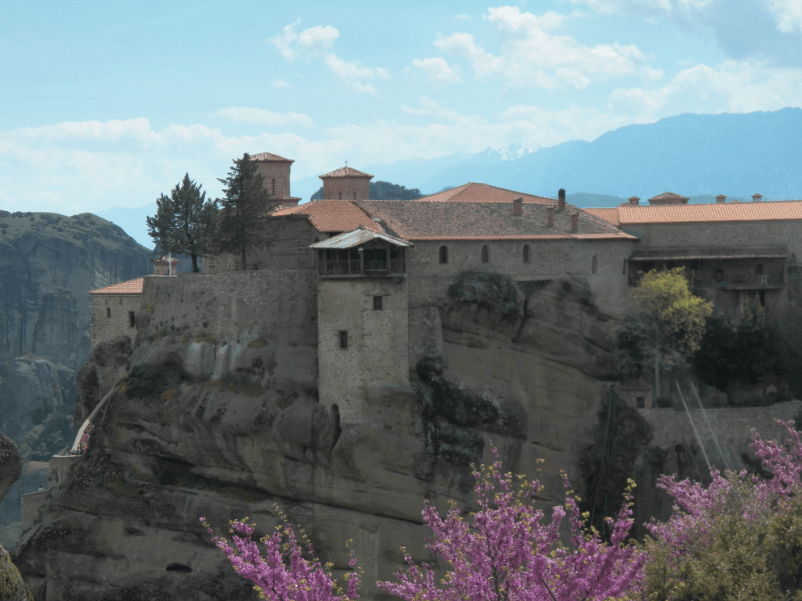 The six monasteries are built on natural sandstone rock pillars, at the northwestern edge of the Plain of Thessaly near the Pineois river and Pindus mountins in central Greece. Vertical energy band is set in layers up. 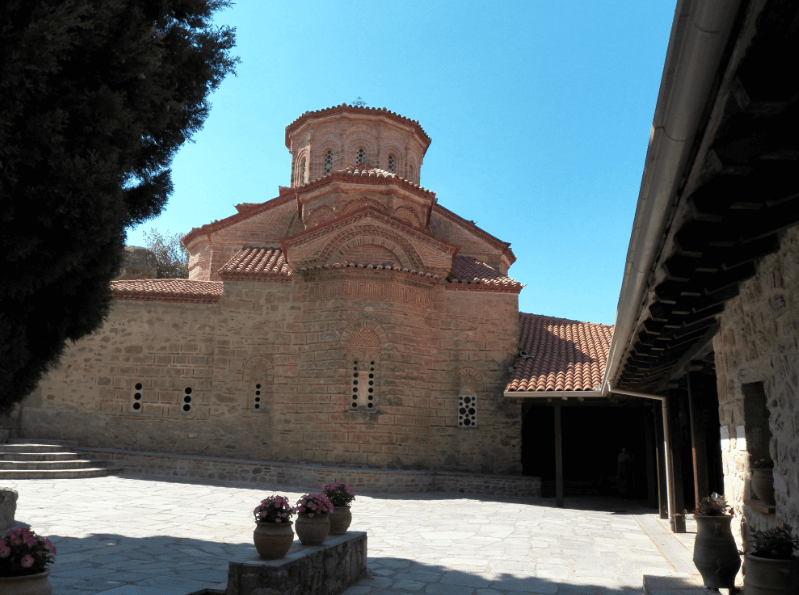 All of these monasteries are located at MetÃ©ora in Greece and most are perched on high cliffs and now accessible by staircases cut into the rock formations. 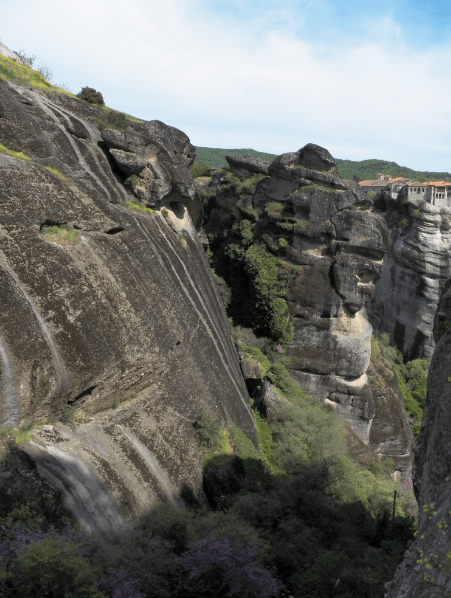 They were created to serve monks and nuns following the teachings of the Eastern Orthodox Church. 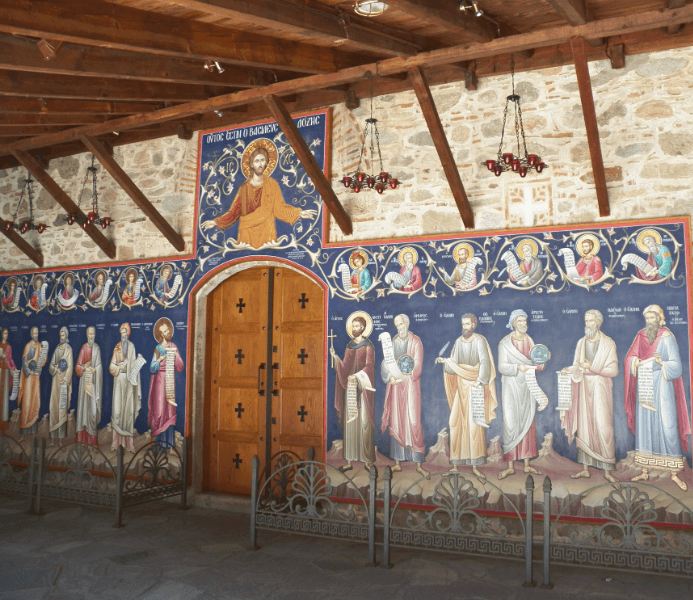 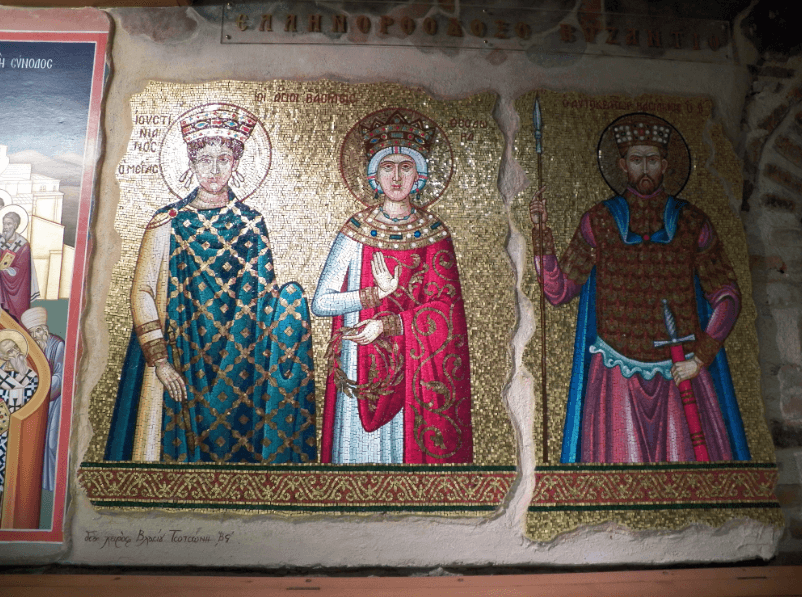 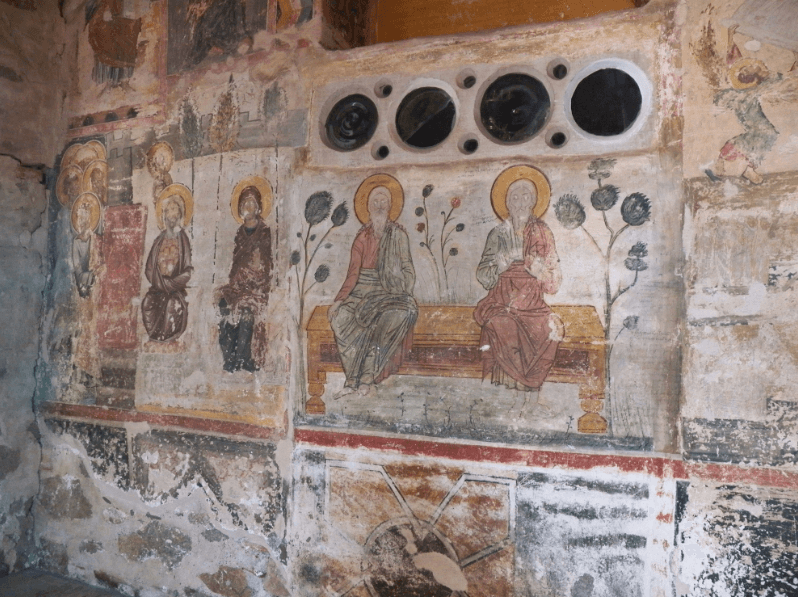 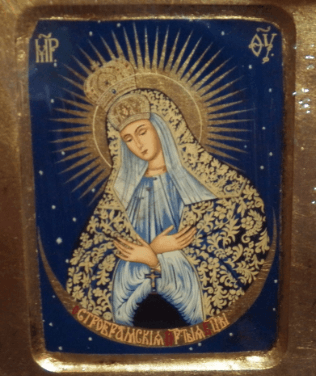 Much of the architecture of these buildings is Athonitein origin. 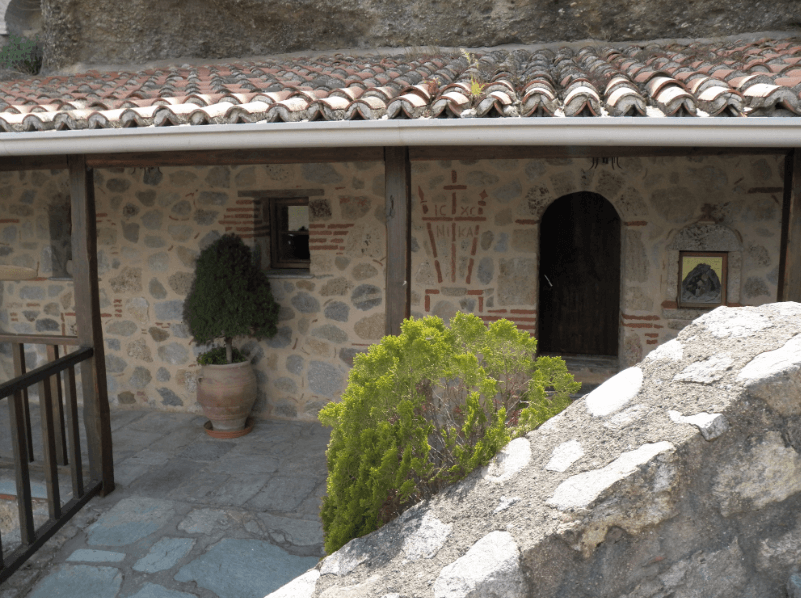 Of the six intact monasteries, the Holy Monastery of St. Stephen and Monastery Roussanou are inhabited by nuns. 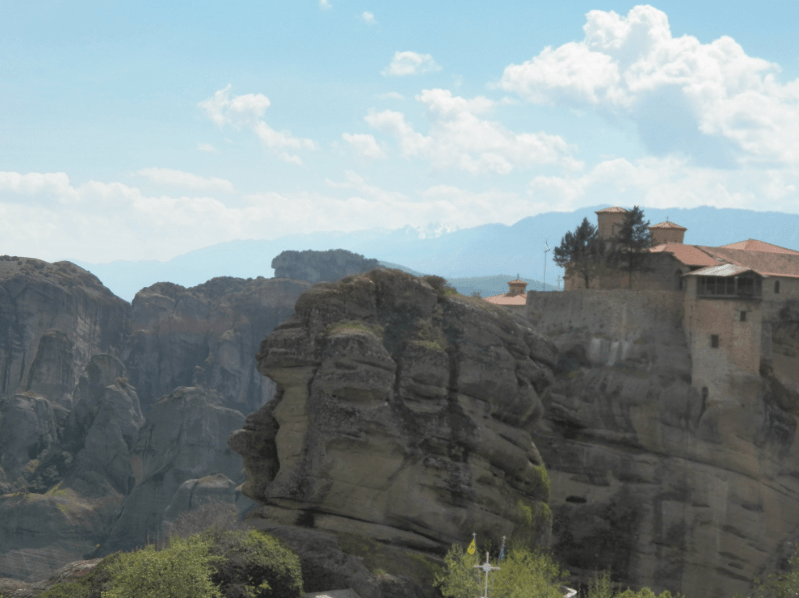 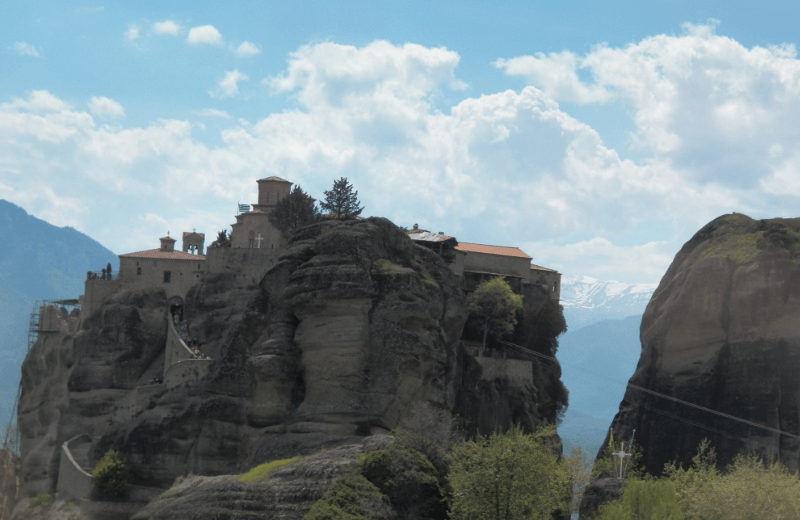 Location Meteora has extremely vertical link with the sky. It works as an geoamplifier 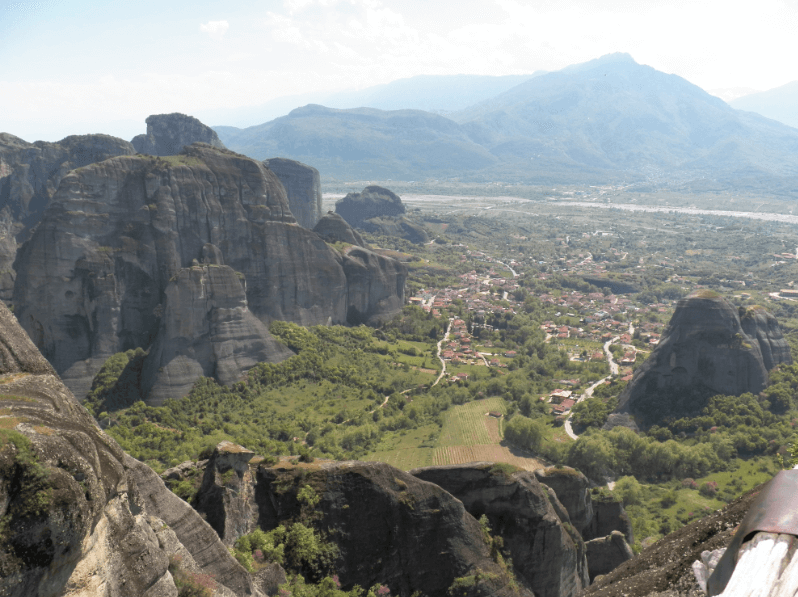 The nearest town is Kalambaka.

Studies suggest that the pinnacles were formed about 60 million years ago during the Paleogene Period Weathering and earthquakes then shaped them into their present shape.

Beside the Pindos mountains, at the western region of the Thessaly, in the middle of northern Greece, these sandstone rocks rise from the ground. The rocks are composed of a mixture of sandstone and conglomerate. They were formed about 60 million years ago. A series of earth movements pushed the seabed upwards, creating a high plateau and causing manyfault lines to appear in the thick layer of sandstone. 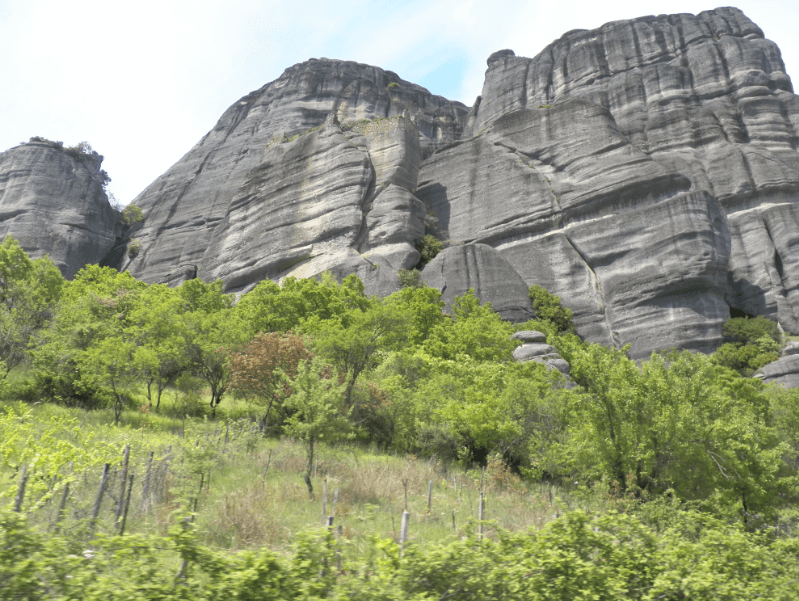 The MetÃ©ora is included on the Unesco world Heritage list under criteria.